If you have never struggled with addiction, count yourself lucky. You will never know the horror of addiction or wanting to stop but being unable to. Imagine something so powerful that it consumes you. That’s what it is like for those who are susceptible to addiction.

All they have to do is take their first drink or drug and it consumes them completely, and the next thing they know they’re in need of serious drug counseling. They develop a psychological dependency – a mental and emotional process that goes hand-in-hand with the addiction. The inebriated state becomes the new normal for their brains while their bodies become physically dependent. They need increasingly higher doses to create the same euphoric effect.

With the build-up of tolerance, signals are sent to their mid-brain that override their frontal lobe, which is the area of the brain responsible for executive functions such as judgment, planning for the future, inhibition, impulse control, and attentional span, and decision-making skills.

The mid-brain is the area responsible for survival. It is our fight or flight response. The signal it receives from those suffering from addiction says ‘get high or die’. The susceptible person’s brain responds in a different way to chemical stimulation from a non-addict’s brain.

Most people can use alcohol and drugs with just a few consequences if any. They never over-indulge since they don’t like the feeling of being out of control. For the people that struggle with addiction, however, feeling out of control is something that usually never happens when they use.

Instead, they feel that they are in control, perhaps for the first time in their lives. When they are sober, they feel uncomfortable. They stand in a crowd but still feel lonely, different, and separate from the people around them. They are observers – outsiders, looking in. Something is definitely missing.

Here are 3 things you need to know about people struggling with addiction:

Addiction Lies in Your Own Voice

It is easy to become addicted since nobody knows what they are doing. We tell ourselves that it’s just having fun or we need it to relax. We try minimising the severity of addiction by solely focusing on the things that we still have as opposed to what we’ve lost.

For instance, I still have a job or I have a roof over my head. The cocaine user says I don’t use meth. The alcoholic says, I only drink beer. The meth addict says, I only smoke drugs but don’t inject them. The pill-popper, on the other hand, says at least I’m not a heroin user.

Addiction denies itself in the scariest voice of all, which is your own.

People struggling with addiction are not bad, even though they might do certain bad things to maintain the habit. The reality is that such people are just very sick.

Addiction is a disease that affects the brain, which rewires the cerebral cortex and results in poor judgement and poor impulse control. Addiction manifests in compulsive substance use despite its harmful consequences. It is progressive in nature ending in recovery, institutions, jails, or even death.

People Struggling with Addiction Need an Enabler to Stay Sick

The addict’s enabler essentially aids in their loved one’s addiction by making excuses on their behalf. They loan them money, clean up their messes, and keep their secrets.

While the enabler assumes that they know their sick loved one better than anybody else, in reality, they are usually the easiest family member to manipulate. With this one-sided relationship, the addicted individual is able to under-perform in all aspects and solely focus on the relationship they have with alcohol or drugs.

What is HR Management About? 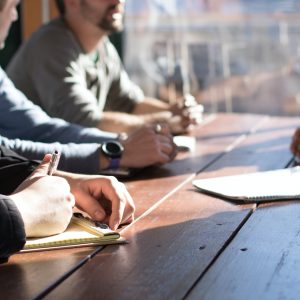 The Different Titles that HR Management Holds? When dealing with employers and employees, human resource managers must be the intermediary. They are going to be there for handling organizational problems and work within the context of everyone that is part... Read more

Tips to Stay Cool in Summer

Business By Donald · June 13, 2022 · Comments off
Drink lots of water When it gets hotter, the body sweats more to keep you cool, which means that there is a significant loss of body fluids. You need to drink plenty of water to replenish your body. Drinking water... Read more

Business By Donald · June 13, 2022 · Comments off
Today’s real estate market is a highly competitive and fast-paced sector. Venturing and succeeding in the real estate business requires you to put in a concerted effort to ensure you stay ahead of the pack while developing new ways of... Read more

How to Plan an Event: The Ultimate Guide

Business By Donald · June 13, 2022 · Comments off
Are you planning on organizing an event? If so, you have come to the right place! In this blog post, we will walk you through everything you need to know in order to plan a successful event. We will cover... Read more

Do A Wifi Booster Actually Help With Speed In Your Home?

Business By Donald · June 10, 2022 · Comments off
Having faster internet is almost never a negative thing to have. Increasing the speed of your internet connection, on the other hand, may become less of a luxury and more of a need. If you’re looking for a better connection,... Read more

Why You Need A Cell Phone Booster

How To Create A Perfect Private Setting With Blinds

Business By Donald · June 10, 2022 · Comments off
The sacrifice of fashion for functionality is not required. There are a lot of homes out there that don’t have the benefit of windows that face out into gorgeous private property, so if you want some solitude, you should definitely... Read more

Simple Tips To Create A Budget For A Nanny

Business By Donald · June 1, 2022 · Comments off
Are you interested in hiring a nanny but concerned that you might not be able to afford one? At Nannytax, our goal is to simplify the process of creating a budget for your nanny as much as we possibly can.... Read more

Why You Should Get A Pergola

Business By Donald · June 1, 2022 · Comments off
Many homeowners enjoy using their backyards for entertaining and relaxing and in many cases are often looking at additional ways to enhance their outdoors. Homeowners who see themselves as being backyard enthusiasts often want to make constant improvements to their... Read more

The Importance Of Food Labelling

Business By Donald · June 1, 2022 · Comments off
Food labelling is essential. It is not just one of the legal requirements for food producers, it also serves as information so that consumers can make an informed decision when they buy food. It also helps them with safely using... Read more